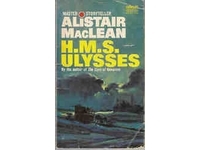 The Curiosities of Food: Or the Dainties and Delicacies of Different Nations Obtained from the Anima

Shaping the Developing World: The West, the South, and the Natural World